In this case the defendant pled guilty and was convicted of a DUI in 2010.He contacted our office because the DUI and his probation status did not allow him to qualify for a TSA Pre Check Travel Pass.  As a result he was not able to travel around the world with an approved TSA pass and had to wait in long airport security lines.

He contacted our office to assist him in making a Motion to Withdraw Guilty Plea, have the court enter plea of not guilty plea and have the court dismiss his case. We went to work and started working on the case.

Please see Exhibit 3.  Prior to our office filing the motion to withdraw his guilty plea, his record reflected he was convicted of two (2) charges. Look at page 1 of the exhibit and you will see the 2 charges he plead guilty.

Next look on page 2 of the exhibit and you can see that our motion was granted. The order is signed by the Judge in West Justice Center. Once the judge granted our motion. His plea of guilty was withdrawn, a plea of not guilty was entered and the case was dismissed. This order is immediately updated and reported to the Department of Justice in Sacramento showing on his RAP sheet that his case was dismissed pursuant to Penal Code §1203.4.

Finally look at page 3 of exhibit 3 and you will see that his record is updated and shows that his plea is not guilty and his case is dismissed pursuant o penal code section 1203.4. The client was very happy with the results and used the court order to it apply for his TSA Travel Pass to avoid the long security lines and the airport. 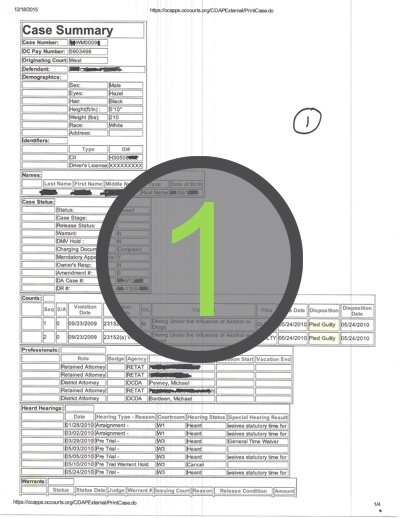 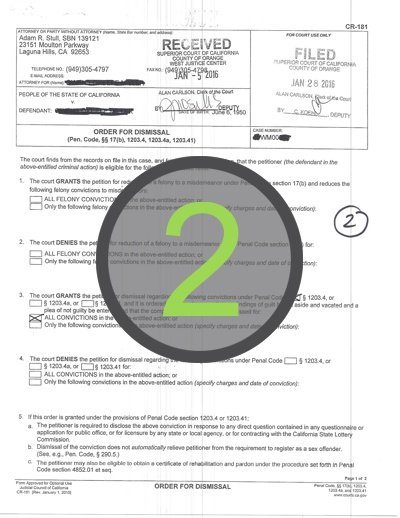 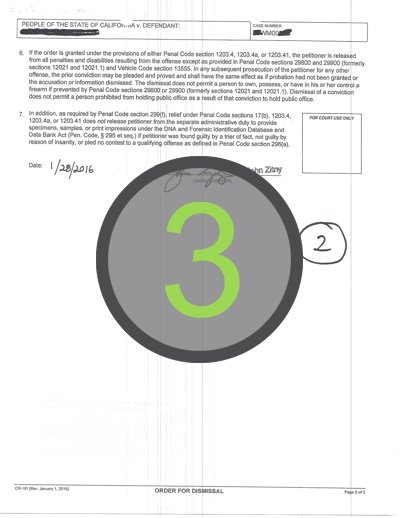 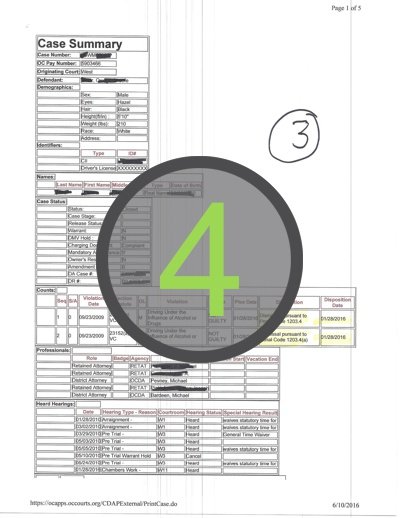