In this case, our client pled guilty on October 22, 2014, to a Vehicle Code §23103(a) violation, commonly referred to as a wet-reckless. The court placed him on three (3) years of probation. His probation term was for 3 years and the court sentenced him to probation until October 22, 2017 (see in Exhibit 2 pages 1 and 2).

The client called us because he worked for a major automotive corporation and he was up for a huge promotion. If he received the promotion it was worth a lot of money and a big raise. The problem was his company would not promote anyone on probation. To make matters worse the position was not open for very long and it was going to be filed quickly. The client called our office and told us we had to work fast. We agreed to the challenge and immediately started working on his case.

On April 11, 2016, our filed a Notice of Motion and Motion to Terminate Probation Early on his case (see Exhibit 2 page 3 and 4). A hearing was held and we argued why the court should terminate his probation early and it was based on advancement in his employment. The court agreed with our arguments and there was no opposition by the people. The court granted the Motion for early termination of probation. (See exhibit 2 page 4)

Immediately, we followed up and filed a motion to withdraw his guilty plea, enter plea of not guilty and asked the court to have the case dismissed. As you can see, the Motion was granted on May 10, 2016, along with an Order to dismiss his case. (See Exhibit 2 page 5).

If you are currently on probation and you have not finished all of your probation, you do not have to wait the full probationary period to terminate your probation early and have your case dismissed. Please call our office today to set up a free consultation to discuss the facts of your case and how we can help you clean your record. Orange County expungement lawyer Adam R. Stull can help you with Expunging Your DUI Record now! 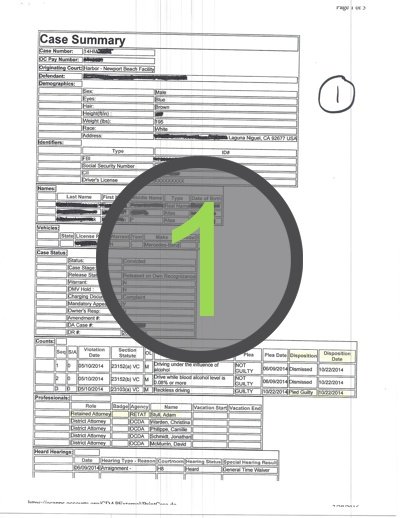 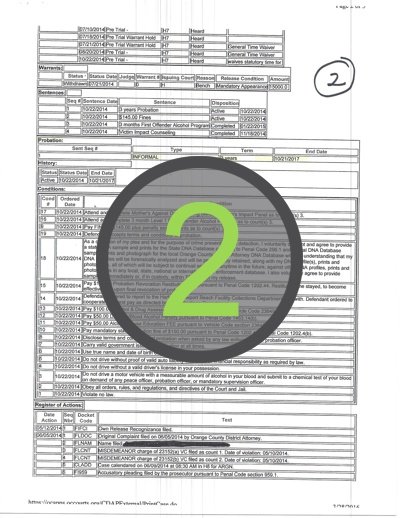 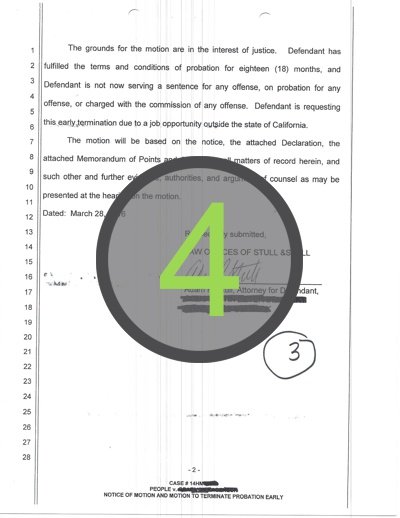 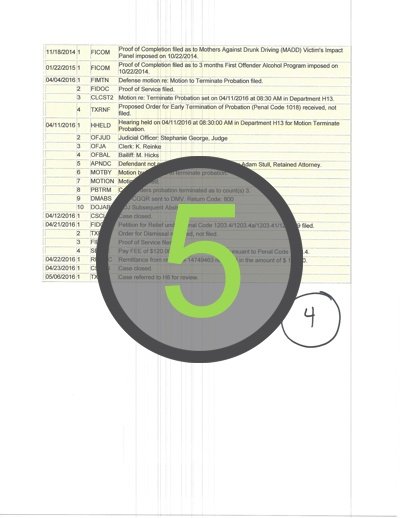 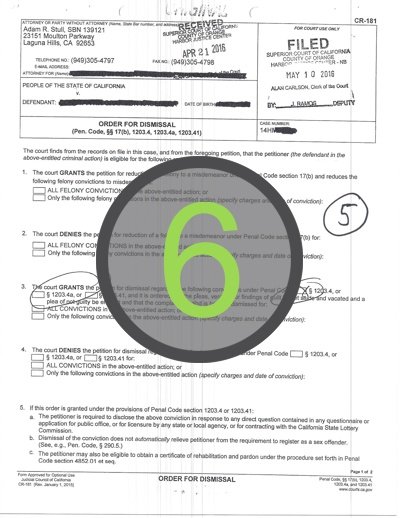 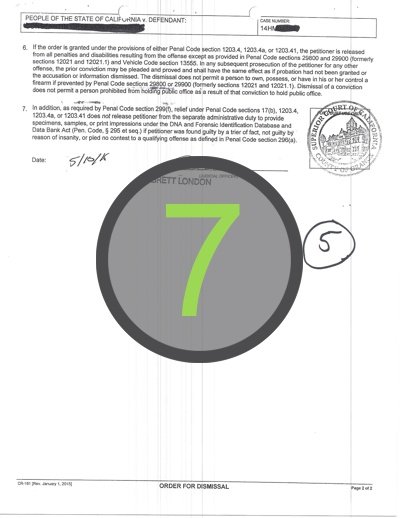 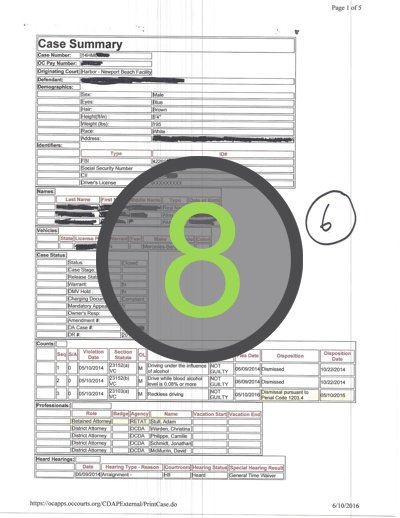